A wonderful little book imagining a fight / friendship / love affair (?) between two warriors in a war across time. Written by two top notch SF writers it consists essentially of letters our warriors write to each other across time. The whole thing is just so well done. Places visited are both real (the Mongol horde) and imagine (future possibilities) and across them our warriors begin a relationship where it is never really clear exactly what is happening here. Is this love, or a trap?

Incredibly clever, very well written, this was just a joy.

In recent years, Delillo has turned to short works focused on small groups of people and I’m hear for it. Yes, I loved Underworld and it’s expanses of time and characters, but books like the Silence, focused on the actions of an intimate group of people showcase Delillo’s gift for sketching compelling (if not always believable) characters filled with nuance and contradiction.

The plot here is simple, but compelling. The power is out, everywhere, and we’re stuck with each other. What happens now? We stare at blank screens, we talk about the things we rarely if ever discuss, we go a little mad. Perhaps not a major Delillo work but remarkably enjoyable all the same.

Morrison’s second novel. Like every one of her works that I have read, it’s a masterpiece. I really have nothing new to say about one of America’s greatest novelists except to say that what stuck me about Sula was how fully formed the characters are, even those whose appearances are brief, and how through the development of these complex characters Morrison not only tells her story, but gives you a deep sense of what the Bottom is like. The entire novel is a study in economy of language – Morrison fits so much into a pretty slim novel – but you’ll notice she spends almost all her time on her characters, and not on the physical description of the Bottom in doing so she shows us that a community is a collection of individuals, complex, fraught, individuals, as much as it is a place.

The plan was to wait until all three books came out and then read them one right after the other. As other reviews this year will make clear, that didn’t happen. One down, two to go.

This, Mantel’s first book on Cromwell is, you are not surprised to hear, brilliant. The writing is so clear you can see through it to Henry’s court. I woke up early in the morning to read this over coffee while the wife and kids slept.

Not a critique but more of a warning. Mantel assumes a lot of the reader. The book has a very helpful dramatis persona, I needed more background on the players to really understand what was going on. Wikipedia was my friend here. All in all an absolute cracker of a read. Cromwell remains in many ways mysterious through the book, his motives a bit obscure, yet as Mantel I am sure intended, I ended up rooting for him.

A taught little novel about intrigue and politics in a town of transients and refugees. Our protagonist is a leftist hero, who has left the growing dictatorship in his country to either return to fight on the side of justice or flee to an apolitical life across the sea. He meets first a gorgeous woman who takes his heart, then dives into deep analysis with a woman who wants to know what makes him tick, what makes a good boy from a good family become a revolutionary; and why he’s so damaged now. And eventually, he ends up debating with a fascist with whom he shares a social economic class, but nothing more.

I wasn’t sure when I was reading this whether I liked it or not. Some of it is a bit post-war European for me, I thought. But much of the book — the characters, the setting, and the mood, especially, has stayed with me. And that says a lot.

I bought Motherless Brooklyn right when it came out and then immediately leant it to a friend who soon after became a hopeless junkie. I never saw the book again.

But this year, without a book at the New Haven train station, I picked it up again, and blazed through it in just a couple of days. Lethem’s noir Brooklyn crime novel with a touch of Zen Buddhism and smattering of neuro-divergent ruminations on what it might feel like to be Tourettic was exactly up my alley. I found the writing propulsive and clean, my generally preferred aesthetic, and the love letter of sorts to a mobbed up Carrol Gardens that is now long gone hit my Brooklyn nostalgia hard. Some find the book too clever by half, but I are it up.

A novel about a cult leader, very much like Manson, and a woman, very much like Susan Atkins, who befriend / seduce a very young teenage girl and bring her into the dark side of the post-summer of love hippie land. Our hero, the very young teenage girl (Evie) is lost, and pissed at her single mom. She falls for the free spirited confidence of Suzanne (clearly modeled on Atkins) and is willing to do anything to gain her attention, whether that’s robbing a store, moving to a commune with manipulative drifter con artist leader, Russell, or sleeping with much older men who might be able to help Russell.

At first it appears that Suzanne is going to lead Evie right into murder, but she doesn’t. She saves her. And the why, and what it means to be left behind, to be complicit but not guilty is what Evie struggles with the rest of her life.

This is a gorgeous, haunting novel about love and solidarity between women, and the cruelty too often heaped upon them by manipulative men. I couldn’t put it down. If you love a compelling story, well told and can stomach some violence and many creepy sex scenes, this is an arrestingly good novel. I’ll read whatever Emma Cline writes next.

Don Winslow if not the best crime writer alive, definitely top five. His pacing is always full speed ahead, but without sacrificing character develop, or whip smart dialogue. His two books on the rise of Mexican drug cartels, The Power of the Dog and the Cartel are deeply researched and utterly compelling.

Here, he turns his attention to the NYPD and an imaginary unit of super cops that shares a lot of similarities with the notorious Street Crimes Unit. They’re touted around the city as a team of super cops out to get the baddest of the bad guys, but in reality they’re deeply corrupt and their leader is spiraling out of control.

An ode to New York City and a sympathetic portrait of the NYPD, with its blemishes and all, this book is catnip for a New Yorker like me. Dialogue is on point, story moves at a blazing speed, landmarks all check out. If you like crime novels, or New York City novels, or novels with a plot that flies, this is worth the read. 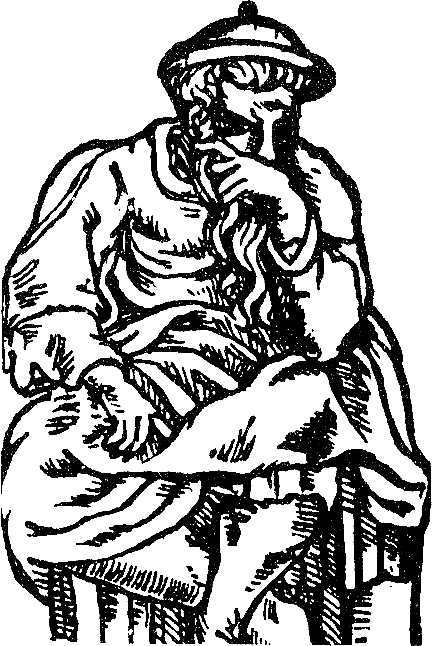 There are novels that when you’re reading them you can tell that the autor agonized over every word, thought deeply about every plot point, knew intimately every character. You can tell that the book is more than a work of fiction, its an attempt to tell something true and real about a time, a place, or a person.

The Sympathizer is such a book. The story of Vietnamese refugee, told in flashback form, from his time in Vietnam working for the government (but secretly spying for the North Vietnamese) through his time in the refugee communities of Southern California, and then back to Vietnam. Nguyen knows the Vietnamese community of Southern California intimately, that’s clear, and he’s researched the hell out of the Vietnamese war its aftermath, all of which has produced a book of exquisite writing and deeply sympathetic characters. I’ll note that, like many great books, the ending felt a little off, but still a wonderful book.

*See what I did there?

Milo and the Calf
Blog at WordPress.com.
Loading Comments...