The Red Parts: A Memoir of a Trial
Maggie Nelson

Maggie Nelson wrote a book called Jane: A Murder about the brutal murder of her aunt allegedly by a serial killer who was targeting women in Michigan in the late seventies. As she was finalizing the book, and getting ready to go on a book tour to promote it her family received a call from the police. They had new information on Jane’s murder and they now believed the man long thought to have killed Jane hadn’t and instead another man, who’s DNA had been found on her body, was being arrested.

This is a book about the trail of this new suspect. Its about it means for a family to relive the grief of loss, and what it means to be a writer both documenting, and living through, the murder trial of a loved one.

This being Nelson, its about more than that, too. Its about modern policing, and the use and misuse of DNA evidence. Its about how you move on when someone you love is killed. Its about what it means to go home, or if you even can.

I read Jane: A Murder and The Red Parts back to back in the span of a weekend. If you’ve any interest in strong writing or crime, I suggest you do too.

Maggie Nelson is one of my favorite writers. Her book the Argonauts knocked me on my ass. Its still one of my go-to gift books. I’ve read almost everything she has written and honestly, you can’t go wrong. But if you want to start somewhere really excellent, I suggest the pairing of this book, Jane: A Murder and its pseudo-sequel, The Red Parts.

Nelson’s aunt, Jane, was a free spirit in a conservative town, who went on to college and then law school, only to be brutally murdered while on her way home to visit her family.

Nelson never knew Jane, she was born after Jane’s death, but the life that Jane could have had haunts Nelson’s family. As a means of making sense of it, Nelson goes on a search to understand who Jane was, what her death did to her family, and who killed her.

This book is deeply researched, whip smart, and so compelling I could hardly put it down. It’s the story of a woman who was brutally murdered. Who she was, and what she left behind, but its also a story about sexism and misogyny; ambition and trauma. I was blown away.

A meditation on blue, sorta, but also a inquiry into love, life and theory. This is clearly a precursor to the Argonauts. There’s a similar style and tone, moving from the conversational to the theoretical and back. It isn’t as polished as the Argonauts, nor as emotionally compelling, but still an interesting, thought provoking read.

As I’ve written elsewhere, I’m much more drawn to Nelson’s prose than her poetry. This one sits somewhere in the middle – written in prose, but with the kind of hyper careful word choice and syntax that we see in her poetry. An interesting book, clearly an experiment of sorts, which lead to much stronger work later on.

This year, I finally came to grips with something pretty fundamental about my reading interests – I don’t really care about prose. I care about ideas, and characters, and plots. I care about history, personal development, and inspiration. But I do not care about a formal experimentation. I don’t care about clever re-workings of language. I don’t, really, care about style.

This is, I think, is why, though I absolutely loved the Argonauts, Shiner, Maggie Nelson’s first book of poetry left me cold.

Poetry is often about formal experimentation, careful parsing of language, tone and meter. These things don’t really interest me. Sure I like a well turned phrase, but I don’t find them necessary to my enjoyment. Got a self-published memoir on a running cult? Full of typos and run-on sentences. I’m down. Got a carefully crafted book of poetry writing by an incredibly talented writer? I’ll pass.

This isn’t to say that I don’t care about good writing, I do. But if all something is is well written, I’ll probably get bored. This is who I am, and this is what I like, but you mileage may vary. If words, for their own sake, is you jam, this might go over much better than it did with me.

I set two reading goals for 2015 – to read fifty two books for the year and to have fifty percent of those books be by women. Unlike most of the other goals I set this year, I actually accomplished both of these.I’m pretty happy with that.

Now that I’m a dad who almost never goes out, and a commuter to midtown, reading fifty two books didn’t seem that hard. Neither did reading twenty six books by women. That said, making an effort to read women was something new this year. I am so glad I did it. Without that goal, I doubt I would have read my favorite book of the year, the Argonauts. Nor do I think I would have read my favorite fiction book of the year, Station Eleven.
Also new this year was a resolution to write a short review of every book I read. The theory is, if it is worth reading, its worth jotting down at least 100 words about it. So this year, I did that. The links in this post point to those reviews.

Before we get to the super boring list, here’s some slightly less boring highlights and lowlights:

Best Non-Fiction Book: Tied between The Argonauts by Maggie Nelson and Coates’s Between the World and Me.  Honestly, if you want to be able to think about race in this country today, you need to read Between the World and Me. And if you want to think deeply about love, or gender, or family, or theory, or any combination thereof, you should read the Argonauts. Both books are about 200 pages. You can read both. Get to work.

Best Fiction Book: There were a number of contenders for this title this, but the book the haunted me the most after finishing it, the book that got me talking and thinking the most was Mantel’s Station Eleven. It gets the crown. This was billed as an SF novel. And that it is. But its so much more. If you’re interested in quality fiction, its worth a look.

Worst Fiction Book / Worst Non-Fiction Book: Usually, I read at least a couple of books which i hated. This year, not so much. If forced, I’d say Kaplan’s Jewish Meditation isn’t very good,  but its not THAT bad. All in all, I picked really well this year.

Some statistics worth noting:
•As discussed above 26 of the 52 books I read were by women, but a pathetic two books were written by African American writers. A single book by a South Asian Indian writer and not a single book by a Latino, East Asian, or Native American. That is embarrassing. I don’t know how far into quotas I want to go with my reading, but I’ll definitely be making some efforts to change those stats in the coming year.

20 of the 52 books (or about 38%) were fiction. That’s less than pervious years, not that I noticed, but perhaps this is a start of trend?

Interested in what I have planned for 2016? Check it out here.

1. The Organized Mind, Daniel Levitin – Recommended for the enthusiast.

3. A Spy Among Friends, Ben Macintyre – Recommended for the enthusiast.

4. Eat And Run, Scott Jurek – Recommended for the enthusiast.

8. Critique of Criminal Reason, Michael Gregorio – Recommended for the enthusiast.

12. In the Woods, Tana French – Recommended

13. In the Kingdom of Ice, Hampton Sides – Recommended

16. You Are An Ironman, Jacques Steinberg – Recommended for the enthusiast

17. Between You & Me, Mary Norris – Recommended

19. City of Stairs, Robert Jackson Bennett – Recommended for the enthusiast.

24. I’ll Have What She’s Having, Rebecca Harrington – Recommended for the enthusiast.

26. The Miernik Dossier, Charles McCarry – Recommended for the enthusiast.

30. Book of Numbers, Joshua Cohen – Recommended for the enthusiast

34. Between the World and Me, Ta-Nehisi Coates – Recommended

35. The Longest Race, Ed Ayers  – Recommended for the enthusiast

41. Dept of Speculation, Jennifer Offill – Recommended for the enthusiast.

43. Confronting the Classics, Mary Beard – Recommended for the enthusiast.

44. Riddle in the Labyrinth, Margalit Fox – Recommended for the enthusiasts.

45. The Magicians, Gini Graham Scott, Ph.D.– Recommended for the enthusiast 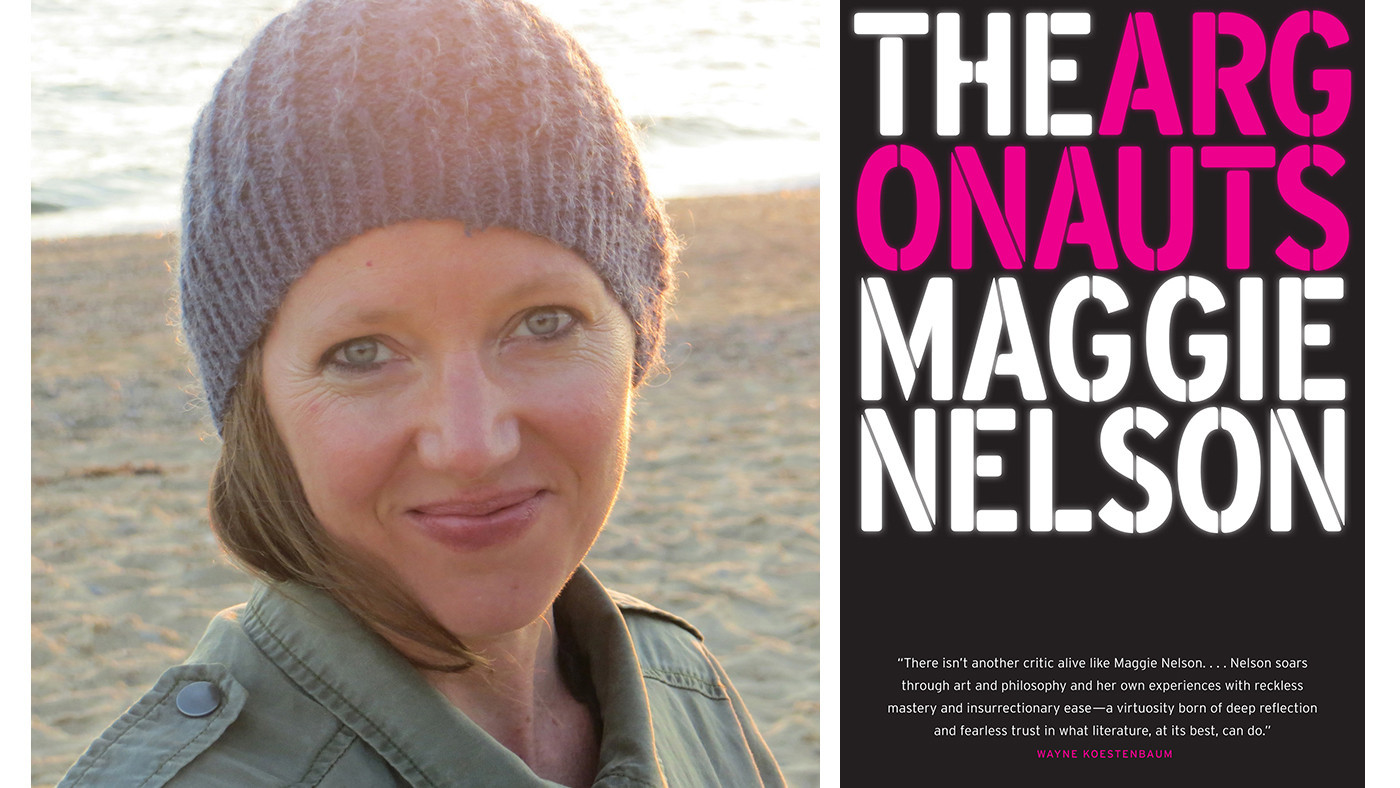 Notes: I missed a number of these, which sucks. But here were are. About 8 weeks out from New York and feeling pretty good, all things considered. Did a hard workout on Saturday 16 miles, 10 at marathon pace, which left with me a bit of heat exhaustion and/or dehydration. Either way, I was wrecked. This week is a scheduled cut back week. I intend to do some more easy cycling and finally once again work in a bit of body weight work. After this easy week, it’s the height of marathon training. Excited.