“Almost every day, sometimes twice a day, no matter how busy he was, Moses would swim. He preferred the ocean; he left time for a swim whenever he was over on Jones Beach; as soon as the causeway was completed, even before it was open to the public, he drove across it to swim in the ocean almost every day during the summer and, indeed, in spring and fall, too, no matter how cold the weather. He would change into a bathing suit in his car, jump our of his limousine and run down across the beach, waving a towel as happily as a boy, plunge through the first breakers, come up on their far side and swim so far out that his men shook their heads in admiration. Sometimes, heading home to Thompson Avenue at midnight, he would tell his chauffeur to head for Jones Beach instead, and there, after running across the deserted beach, he would swim far out to sea, utterly along under the stars.”

Diana Nyad’s moving memoir of her life as a woman, a lesbian, a world record holding endurance swimmer, and a survivor of child sexual abuse. The book was significantly better than I expected. I figured I’d be reading about Nyad’s legendary marathon swim around Manhattan and her decades long quest to swim from Cuba to the Florida Keys.  But there is so much more. There is her complicated childhood with a sexually abusive and manipulative father, her teenage swimming career almost destroyed by the sexual abuse of her coach, and there is her full adult life of relationships, heartbreak, travel, and enduring friendships. What I thought was going to be another in the long line of memoirs of endurance athletes, turned out to be much much more.

Sure the swimming is in here, and in enough detail to satiate the endurance nerds out there. There’s tons and tons of information here on her multiple attends to cross from Cuba to Havana. Including the the obsessive planning around currents, hydration, anti-jellyfish technologies, and more. There  is the insane training i(12 hours, straight, in a pool, 18 hours, straight, in the ocean) which boggles the mind. And there is the comradery of her support crew. I ate all this stuff up, of course, but what makes this book worth your time isn’t the swimming, it’s how the swimming fits into Nyad’s complicated, and compelling life story of arguably obsessive self determination.

While much of the story transcends the sport of endurance swimming, most of the book is still about the Cuba-Florida swim. If that incredible endeavor, with all its challenges and controversies doesn’t interest you, you’re likely to be bored. If it does, check this out, its better than you expect. 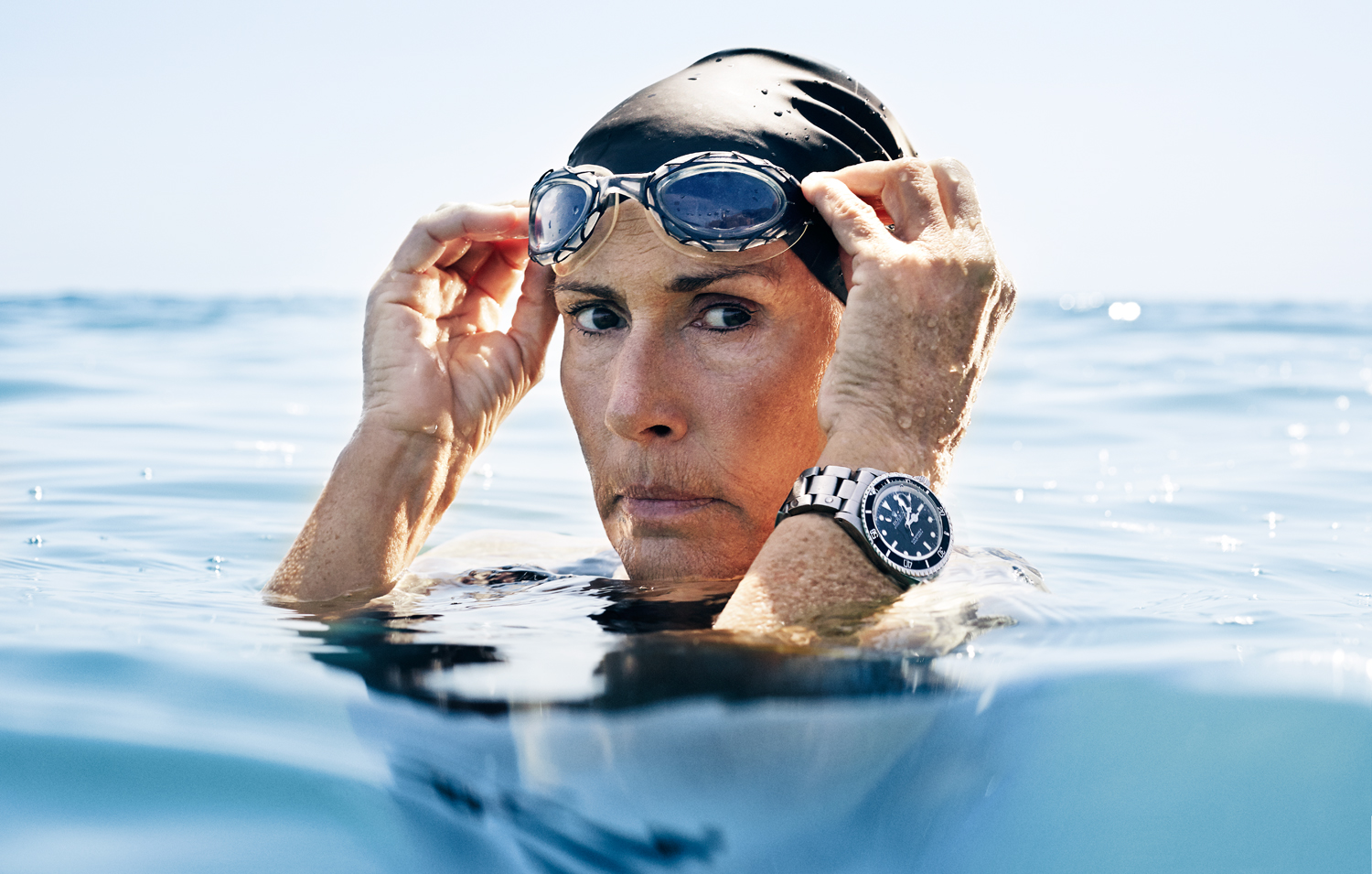 Nyad in the water

If you know me in real life, or pay incredibly close attention to this website, you might know that when I was young, I swam competitively. I was never particularly good (I have never been particularly good at any physical endeavor) but I did it — a lot.

There were years when my summers consisted of three hours of swimming in the morning followed by another hour and a half at night. In between, all I did was sleep and eat.

The clearest memories I have of those days are of how cold the water was in the morning, how crazy our coach was, and how much we ate.

I remember steam coming off the water in the morning and all of us, rail thin, terrified to jump in. I remember Coach Oz who’d lost half a finger in a machining accident screaming at me so much his dentures would come loose.

And I remember the food. When my mother handled the car pooling duties on Friday, we’d stop at this Italian bakery. Four swimmer would split a dozen cannoli’s. At nine in the morning. Then I’d go home and eat a box of pancakes. Yes, a box. Or we’d head out to an all you can eat buffet, where we’d eat, straight through breakfast and into lunch, laughing and joking, and putting away plate after plate of food.

Those are my strongest memories. What I don’t really remember was enjoying the actual swimming. Usually, it seemed like a grind.

And that’s because it is. Unlike running, where you can chat, listen to music or watch the scenery go by, or team sports where comradery is part of the goal, swimming is an individual endeavor where you spend most of your time with your head in the water, looking at a black line at the bottom of a pool, trying to remember what lap you’re on. As I’ve written about before, it can get dull.

And yet there I was, last night, in the basement of my synagogue, getting in some yards.

At the pool dishing out a little street justice with 1000 repeats. Thinking about #johnjoseph #cromags #triathlon #swimming

Was it boring? Yes. Tedious? Yes. But also kind of wonderful to click off the laps without the benefit of a podcast, or audible download, or Spotify play list. A teenage me, would never have appreciated this, but last night, having 45 minutes to think about my son, my training, and John Joseph’s strange road from the Cromags to Ironmans, without any interruptions, felt like a luxury.

I swam competitively from elementary school through high school and I can say with some authority that swim practice is unspeakable boring.  Racing can be fun, but training is just the worst.  It isn’t like true team sports, where you can shoot the shit with your teammates on the field, and it isn’t like running, where you can while away the miles chatting with friends.  Hell, it isn’t even like open water swimming, where you at least have the adventure of waves and currents.  It’s just you, alone, with your head in the water, for hours.  It can suck.  When I was a kid, I swam for five hours a day in the summer, and I dreaded much of it.  I cannot imagine what it is like to be Michael Phelps or Ryan Lochte, to swim those kind of hours, for the majority of your life.  They’ve sacrificed so much social interaction, no wonder they give bad interviews and no wonder Phelps wants to put this all behind him.

My coach was a mean son of a bitch too.  An old grumpy man, he was missing part of a finger from an accident he’d had on the shop floor of the local factory years and years ago.  He’d throw kickboards if he thought we were being lazy.  Who knows how he even became a coach.  He was serious, he was strict, and he believed in the tried and true method of getting in the time in the pool.  His unforgiving practices often made me dread the pool.  But mostly, I went and I swam hard.  Going, even when it was hard, dull, and boring, is what made me a decent swimmer, and it is what gave me the training to lace up my shoes to run on the days where I’d rather sit on the couch, or to tie my tie and go in and face a day of hell at work.  As a fast runner once said, you gotta want it, even when you don’t want it.

Time in the pool remains the best way to get fast, but few who criticize Michael Phelps this year for not training hard enough can begin to understand what it would mean for him to have trained harder.  Just at a time in his life when people were beginning to listen to him, when he was being allowed to have fun, we all wanted him to put his head back in the water.  I can’t blame him for resisting that.  And I can’t blame him for saying that after this, it’s over.  Good luck Michael, you are a hell of a swimmer, I hope whatever you do next fills you with excitement and allows for more engagement with the world, as for me, I like to get in a pool every now and then and relive the feeling of a coming at the wall fast, flipping efficiently, and pushing off again, but my days of hours in the pool are long since over.