A great, detailed story of qualifying for Boston. Thanks Kevin for taking the time to write this up!

At which marathon did you get your first BQ? Peak to Creek Marathon

Tell us a little about the race. Peak to Creek is great race in Western NC. It’s a net down hill race (Total Ascent: 285 ft, Total Descent: 2946 ft). It is about 6 miles of rolling hills to start (pace yourself in this section) because the next ~8.5 miles are steeply downhilll and you will get any lost time back. The next ~8.5 are flat, and the last 4 are slightly down hill. It’s run in Pisgah National forest along Wilson Creek and is quite beautiful.

How long had you been running when you ran your first BQ? 7 years

What was your approximate lifetime mileage at the time of your first BQ? 6,400

How many miles did you run in the year before your first BQ? 1600

Did you follow a canned program? If so, which one? No

If not, can you give us an idea of what your training philosophy was? Historically followed Hal Higdon but had to modify due to heavy race volume

Did cross training play a role in your training? If so, how? Somewhat, I had been a triathlete for 6 years prior to BQ and had even done an easy effort half-ironman 6 weeks before. I think adding the swimming and biking helped me recover from the huge volume I ran in the spring time and huge intensity over the summer.

However, in the year prior to my BQ I had focused primarily on running. 7 months before my BQ I had completed my first 100 mile event which had required me to run ~250 miles a month as training. As a comparison, I had never exceeded 145 in a month training for a marathon.

Did speed work play a role in your training? If so, how? After the 100 miler in April I took about 6 weeks off completely. But starting in May my local run club hosts an all comers track meet. I spent 12 weeks attending every track meet running all 4 running events and the race walk event. I managed to set track PR’s in every distance except the 200m (100m, 400m, 800m, 1500m, mile, 3000m, 5000m). I was only running about 20-25 miles a week during the summer (primarily due to heat in NC). But every Saturday I would run a 5Km race.

Any other thoughts you would like to share with those of working towards a BQ? Training for the 100 mile event really opened my eyes to what a solid endurance base can do for your speed. I also learned that in order to run fast, you have to run slow. Training for the 100 my usual long run pace was between 10:30-13:00 min/mile but I’d be running between 3-4 hours. My “fast” runs were between 8:45-9:30 (~130-155 HR). During training I was worried that I was losing speed. However, during my training I ran a very tough train marathon in 3:33, the next weekend I ran 2 marathons back-to-back. In all 3 marathons I started with an easy pace and picked up speed in the second half negative splitting two of them.

I had previously run a 3:16 and 3:24 marathon but faded BADLY in both. The increased mileage/endurance base helped me keep from fading in my BQ. After I had built up a sufficient endurance base, I worked on building up my speed. From there, I spent about 6 weeks balancing the two.

Finally, it took 3 years of work for me to get to my BQ from the time I set it as my goal. I didn’t have a necessarily linear path to achieving it, and may have been aided by a coach. I’m proud that I was able to get there on my own through trial and error and sheer dumb luck. I feel there were soooo many factors that helped me get there that this form wouldn’t fit but I listed the major factors in my training. Below are some additional factors in roughly descending order of impact:

1) BIG endurance motor – training for the 100 made the marathon seem easier and built up the aerobic motor
2) speed work – increasing speed while maintaining cadence
3) varied pace during training—really slow during long runs(10+min/mi), fast during speed workouts (<6:20 min/mi), in between for group runs (7:40-8:30 min/mi)
4) eliminate alcohol, caffiene and reduce sugar intake during training
5) Rest – used fitness tracker to monitor resting heart rate and hours of sleep per night/week
6) consistency – had 3 separate groups of friends on different days to run with (all were faster than I and could BQ by 20-30 minutes)
7) walking – I added a 2 mile walk every afternoon during work
8) diet – I ate fairly healthy but it was hard given the quantity necessary
9) data – I started keeping track of and analyzing my data (mileage per wee/month/year, resting HR, weight, etc) 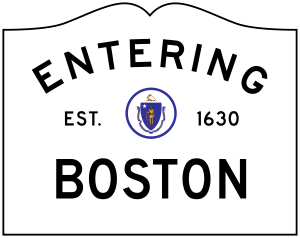