The Jewish Gospels: The Story of the Jewish Christ
Daniel Boyarin

Daniel Boyarin is one the most interesting scholars of rabbinic Judaism and early Christianity working today. He’s also, usually, an incredibly dense and academic writer. I read, and loved, his book Borderlands, but I’m also not sure I understood it.

The Jewish Gospels is Borderlands for normal people. It posits the same hypothesis – that Rabbinic Judaism and early Christianity developed, at least in part, in conversation and competition. When Paul was Saul he was a student of the school of Gamaliel, after all.

The time, and subject, covered here is of deep interest to me, but much of the writing I’ve found (especially that covering the Rabbinic side), often assumes a level of learning I do not have. Very pleased to have found this accessible book to give me a toe hold in this world.

If clear thinking on the early development of Christianity and rabbinic Judaism is of interest to you, I can’t imagine a better place to start. 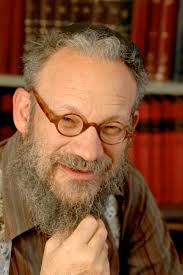