One of the great appeals of running is its low barrier to entry.  If you’re not getting out the door and running, in all but the most extreme cases, it isn’t because you can’t afford it.  High tech wicking clothing is nice, and replacing your shoes every five hundred miles is recommended, but to experience the joys of running all anyone has to do is head out the door.

These low barriers to entry create the opportunity for a wide array of people to enjoy the sport recreationally, and for individuals from extremely impoverished localities to compete on the world stage.  There are a host of reasons why West Africans dominate distance running, but the amount of money invested is not one of them. 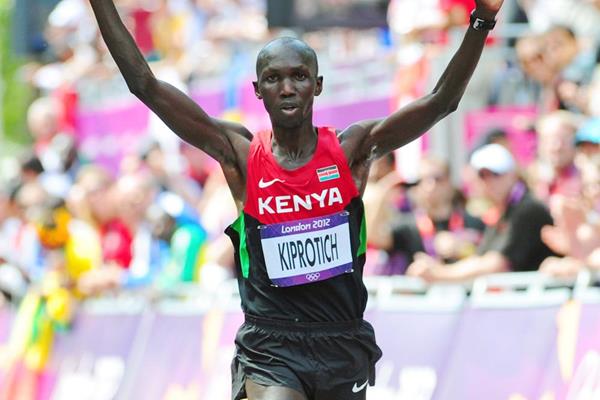 There are many reasons why Wilson Kiprotich holds the world record for the marathon (2:03:23, suckers). What his father does for a living is not chief among them.

This weekend I saw this point illustrated up close at a track meet in Red Hook.  The meet drew participants from all over the greater New York area.  There was a team there from Park Slope with matching black and white singlets, a tent, and a slew of coaches and there were kids there from the South Bronx in basketball shorts being followed around by a moms armed with nothing more than a bottle of water. Everyone lined up together and, by and large, the fastest kid won — no matter what he was wearing.  In one heat of the 100-meter dash I watched, a kid blew away the competition while wearing beat up trainers and the free polo shirt given out by a charter school.  In very few other sports is that possible.

Sure, I know that at higher levels of racing larger incomes can draw better coaching, better cross training, and better equipment.  But to see these kids come together from such divergent backgrounds and race, and to have the fastest kid (not the most privleged kid) win was a refreshing break from the growing income disparity we see in New York and a nice reminder of what a wonderful and equalizing pursuit running can be.

2 thoughts on “On The Low Cost Of Running Fast”