Some Personal Reflections on Revs and New York in the 90s

I have been obsessed with Revs since I moved to New York in the mid nineties. He, more than anyone else of the era, took “street art” to the next level and to this day when I think of my early days in New York City, I think of Revs.

Anyone who frequented downtown New York in those days will remember the photocopied wheat pasted sheets he and Cost* did — plastering hundreds of walk / don’t walk signs and light posts with their names and slogans. It was a monumental undertaking.

For awhile there in 1993-94 it seemed like every crosswalk from Canal to 14th street from Avenue D to the West Side Highway was owned by Cost and Revs. In those days, I lived in Williamsburg and worked on Lafayette and 4th street. After work, I’d walk up Lafayette or Broadway to 14th street to take the L home. The pasteups would be on every sign. “Revs Suicide” “Adam Cost” “Revs Fucked Madonna” “Revs Zookeeper”.

The city was still a bit scary then, a bit wild, and as a teenage kid who’d just moved to the city, those paste ups seemed like coded references to another world I couldn’t access. I was too young, too out of the loop, to really understand what Cost and Revs were trying to do (in fact, I still don’t know. Perhaps they didn’t either).

But I was fascinated, and those paste up will forever remind me of my first year in New York.

Some of the legendary paste ups

But Revs didn’t stop there, below are some other highlights from this legends career.

1. The rollers. In addition to the past ups, Cost and Revs are generally credited with inventing, or at least popularizing, the ultra large tags done with household painting equipment.

There was at one point in 1994  where there was a Cost and Revs roller on the FDR that I swear to god was two stories tall.

They were also all over lower Manhattan. There was a giant one (accompanied by a caricature of Giuliani, if memory serves) above the old diner on Lafayette and third. These rollers are now ubiquitous in New York, but back then, it was Cost and Revs taking graffiti in this new direction.

In some ways, the rollers were a return to the early days of graffiti, they lacked the glamour of mural piece by an artist like Vulcan mural  while in my mind referencing the early name only work of people like Taki 183.

I don’t know why Cost and Revs gravitated to this minimalist/maximalist style. Perhaps they lacked the chops of Vulcan (though Revs later sculptures seem to negate this theory), or perhaps the mass produced, industrial look of the work ties into some larger themes of alienation (think “Revs Suicide”) and growing automation (the xeroes, the class consciousness).

Of course, it could be much simpler than all that. It could have been the vandal squad. Vulcan’s elaborate pieces could take hours, and sometimes days, to produce and were usually done on legal walls. Cost and Revs paste ups and rollers could be done in minutes leaving them far less exposed to arrest.

Other projects though, like the hotline, suggest something more was at work.

My roommates and I used to call the number. It was just a voicemail, but they would put the most hilarious things up. I remember during the baseball strike they were pissed that these athletes were putting the hot dog vendor guys out of work and how fucked up that was. If memory serves, they went off about Donny Baseball screwing the hot dog man. A little class consciousness from the graffiti artists?

I remember  listening to the voicemail one day and the rant ending with:

“Cost and Revs, we’re taking over”.

And they were, until Cost got arrested. 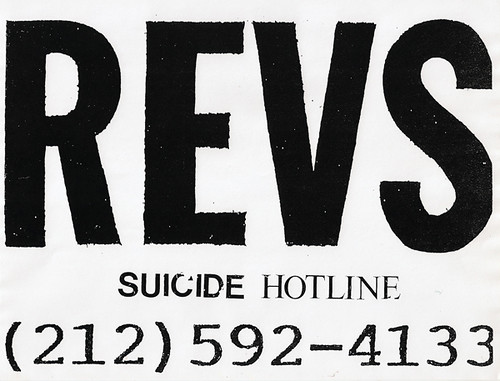 3. The autobiography project. Cost’s arrest didn’t stop Revs though, he continued with what, I think, is his most amazing project. Beginning perhaps in 1994 Revs wrote hundreds of pages of his memoirs on the walls of subway tunnels. Some of these long blocks of text are still visible if you look closely out the window of your train, but only for a brief moment. The only people who will ever read the texts in full will be the MTA workers, the homeless, the vandal squad, and graffiti artists who spend their time in the tunnels.

It was a huge, time consuming project done for a minuscule audience. In some ways the opposite of the rollers, yet still with the same black and white minimalist aesthetic.

4. The sculptures. More recently, Revs again broke new ground by doing a series of metal sculptures of his name and welding them into place. He is, as legend has it, a welder by trade, and used his skills to install massive steel sculptures in various parts of the city. I once saw one of these in the wild near the Bowery, but in the days before cellphone cameras, I had no way to document it. 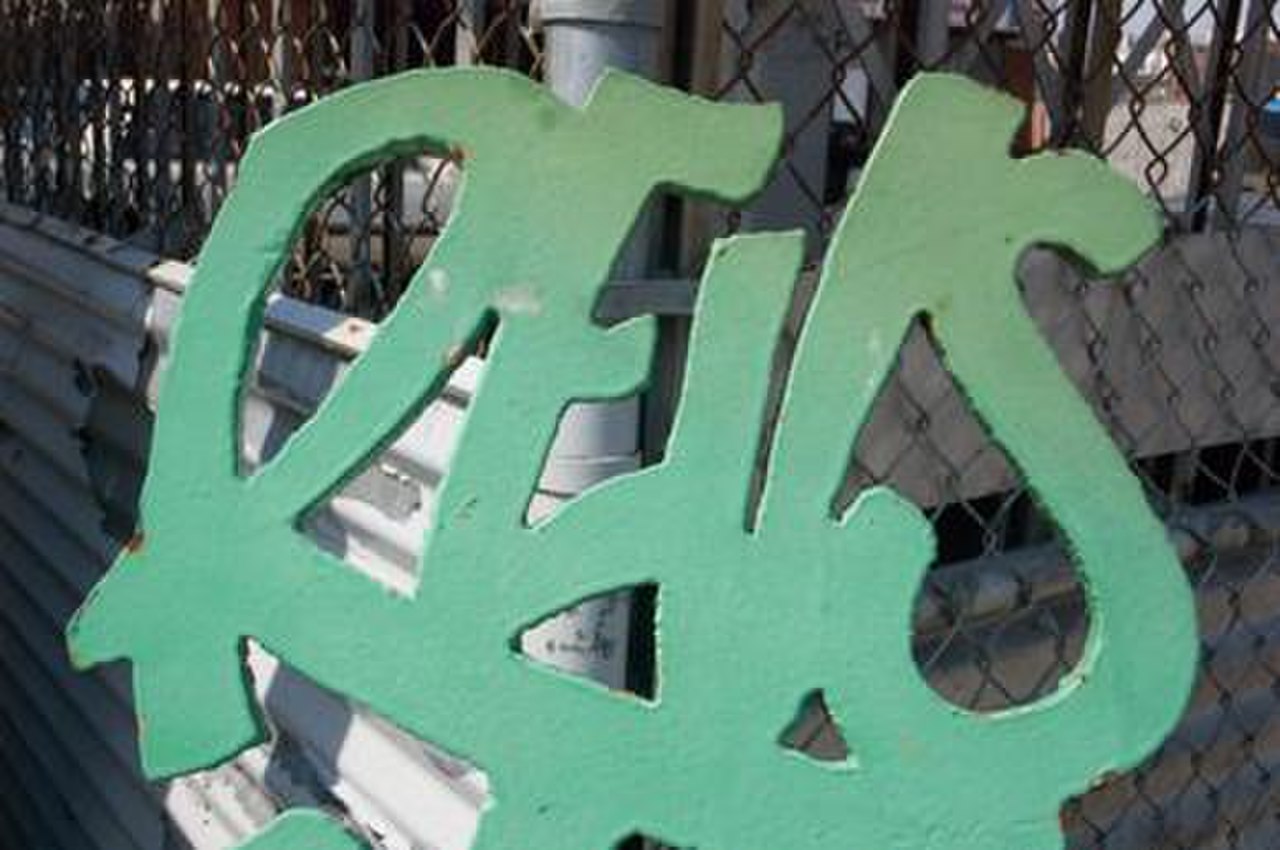 There are tons of resources out there on Revs. He has a wikipedia page was interview by the New York Times and Artforum and was featured on an episode of This American Life. Much of what is officially known about him is covered there.

I know some other stories about Revs, but they’re rumors and legends best told over beers, not memorialized forever on the internet. His work remains totally fascinating to me and reminds of the wilder, more unpredictable, city I moved to over twenty ago and the crazier, more precarious life I lived then.

*Cost recently came out of retirement and began wheatpasting again, working often with another street artist named ENX. Unfortunately, Cost was arrested last year and I believe has stopped working.