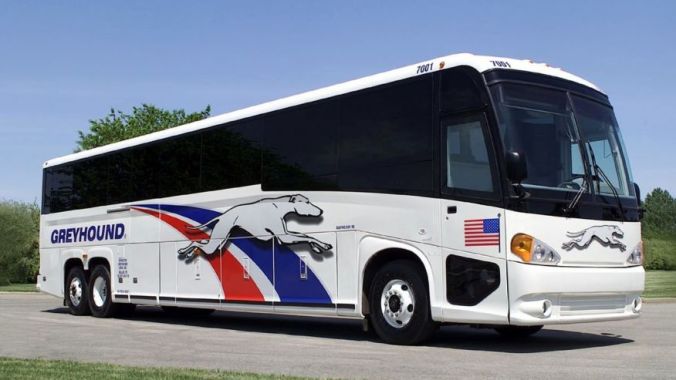 I am twenty years old and moving to California by bus. There are four of us going all the way to California — three African American dudes from the city and me. We chat a bit here and there, I share a shot with them on occasion, but generally I stay to myself. Most of the crowd on the bus shifts by the day. We stay constant. Somewhere out west, maybe Nevada? We begin to his the foothills of the Sierras. One of the cross country dudes is sitting behind me, his seat mate is a young hippie girl. He is floored by the mountains and says “Damn, this shit out here is gorgeous.” “Oh this isn’t much”, she says, “there’s much prettier places.” “It’s a hell of a lot prettier than the Bronx” he responds.

I am in my early twenties doing another cross country bus run, starting in San Francisco, ending at my parent’s place in Connecticut. I’ve taken the southern route to visit a friend in Memphis. Somewhere in Arizona, a middle age white dude sits next to me. We comment on scenery and he tells me the story of how he was picked up by aliens out there.

He was all alone on the road when his truck stalled. As he got out to check the car, they appeared above him. I wish I’d pressed for more details, but I was young and little afraid of engaging with him. If this ever happens again, I’ll get the full scoop.

I am 19 years old and heading back to New York City after visiting my parents in Connecticut. I’m reading Umberto Eco’s Foucault’s Pendulum, a thriller of sorts which makes extensive use of various strains of so called Western esoteric and masonic type conspiracies. A young clean cut white guy sits next to me. Probably late twenties. About twenty minutes into the ride, he notices the book I’m reading and engages me on conversation. He tells me he’s a member of a secret society of Catholics who have been fighting the Mason’s for thousands of years. I wish I could remember the name. It was Latin, like the book he was reading. The conversation had a pleasant tone. Two stranger passing the time, chatting. Except the subject was the need to fight the horrors of the masonic lead evil.

To this day, I don’t know if he was pulling my leg, crazy, or sincere.

Note: I’ve shared these stories in various places over the years and I’m sure the details have changed a bit in the telling. Dialogue is recreated and memory is subject to change, but I swear to god this shit happened.