Maggie Nelson is one of my favorite writers. Her book the Argonauts knocked me on my ass. Its still one of my go-to gift books. I’ve read almost everything she has written and honestly, you can’t go wrong. But if you want to start somewhere really excellent, I suggest the pairing of this book, Jane: A Murder and its pseudo-sequel, The Red Parts.

Nelson’s aunt, Jane, was a free spirit in a conservative town, who went on to college and then law school, only to be brutally murdered while on her way home to visit her family.

Nelson never knew Jane, she was born after Jane’s death, but the life that Jane could have had haunts Nelson’s family. As a means of making sense of it, Nelson goes on a search to understand who Jane was, what her death did to her family, and who killed her.

This book is deeply researched, whip smart, and so compelling I could hardly put it down. It’s the story of a woman who was brutally murdered. Who she was, and what she left behind, but its also a story about sexism and misogyny; ambition and trauma. I was blown away. 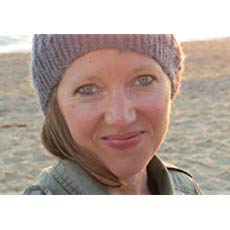 One thought on “Nelson’s Jane: A Murder”